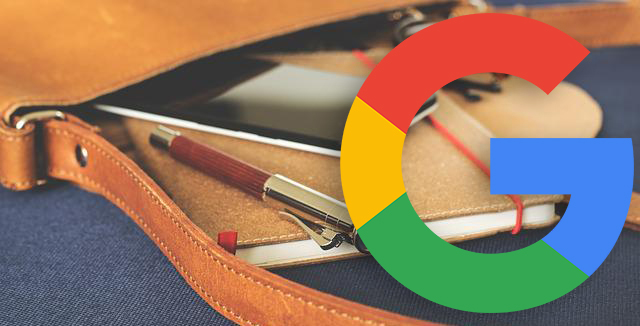 Google has announced a new big search ranking algorithm update named the helpful content update – yes, Google named it that. This update will start to roll out next week and will target content that is, um, not helpful to humans and people.

The helpful content update looks to weed out content written for the purpose of ranking in search engines that do not help or inform people. Google said this update will “tackle content that seems to have been primarily created for ranking well in search engines.” The update will “help make sure that unoriginal, low-quality content doesn’t rank highly in Search,” Google added. So if you are writing content with the purpose of driving search engine visibility and traffic, you might be hit by this.

It is my opinion that this update will change how SEOs perform content strategies going forward, much like Panda and Penguin changed how SEOs did content and link strategies, respectively, a decade ago.

Here are the most important things that we know right now in short form:

Does this sound like Google Panda to you? It does to me. But Google told me this update is in addition to Panda, which is already baked into the core algorithm for many many years. So Panda is still running but this update is a new one that might feel like Panda did when it launched but is different.

I do believe this update, when we look back at it years later, will be at the same stature of a Panda or Penguin in the way that it forced SEOs to rethink some of their SEO strategies. I think this update will do that with content marketing and SEO content strategies for some agencies.

This is a sitewide algorithm, meaning if the machine learning algorithm determines that a relatively high amount of your content is unsatisfying or unhelpful content, that may lead to a site being flagged by this classifier and thus your whole site will be impacted.

Here is John Mueller on the machine learning aspect – in short, not a big deal:

Machine learning is just a tool – it’s used in lots of places; think of it more as an a/b test.

This helpful content update will not be applied to individual pages but to the whole site.

So you think you can trick Google by moving the unhelpful content to a subfolder or subdomain, I am told that might not work. Instead, you should either remove that content or make it super helpful.

Here is how Danny Sullivan of Google responded to that:

We tend to see subdomains apart from root domains but it can also depend on many factors.

Can you use a noindex to hide the unhelpful content? Sure, John Mueller of Google said but…

noindex is fine. Consider if all we see are good signals for your site, that’s a good sign. That said, as a user I’d feel kinda weird, you land on a good page, and the rest is bad? Why would you do that? Short-term noindex is a good way to start, but usually it’s not a few pages.

Google said the helpful content update system is automated, regularly evaluating content. So the algorithm is constantly looking at your content and assigning scores to it. But that does not mean, that if you fix your content today, your site will recover tomorrow. Google told me there is this validation period, a waiting period, for Google to trust that you really are committed to updating your content and not just updating it today, Google then ranks you better and then you put your content back to the way it was. Google needs you to prove, over several months – yes – several months – that your content is actually helpful in the long run.

Google wrote it will “continue refining how the classifier detects unhelpful content and launch further efforts to better reward people-first content.” “A natural question some will have is how long will it take for a site to do better if it removes unhelpful content? Sites identified by this update may find the signal applied to them over a period of months. Our classifier for this update runs continuously, allowing it to monitor newly-launched sites and existing ones. As it determines that the unhelpful content has not returned in the long-term, the classification will no longer apply,” Google added

So if you get hit by this update, it can take months and months to recover – that is – if you put the work in.

Google also told me that it aggregates a variety of signals about the page and site to determine the ranking of a page. Google would not say if links are part of those signals or not, but it does not seem so.

Google uses machine learning to identify such content – content designed to rank well in search and not be helpful to users. Google told me they validated these algorithms with quality raters and that using this system improves its search quality, just as Google validates any type of ranking improvement prior to launch.

I asked Google how big of an update this will be and Google told me this is “a meaningful update across Search.” Google said that based on its testing, it will have a greater impact on online educational materials, as well as arts & entertainment, shopping, and tech-related content, not because those areas were focused on but because they might have higher amounts of content that this update targets.

Google added this is right now rolling out first to English searches globally. Google added it does “plan to expand to other languages in the future.”

What is online education, Danny Sullivan from Google said on Twitter “Generally tutorial, things meant to teach something, not really formal courses. But again, it’s not focused on any particular area. That’s just one example where we see notable improvement but there are others and any query about any thing might benefit.”

Google announced this a tab before it launched so that you can be aware and know if this impacted your site:

One of the reasons we announce these changes (and list them on our site with dates) is that site owners can check bigger visibility changes they’re experiencing (search analytics report) and go back to see what Google might have changed.

Why is Google releasing this update? Well, based on the feedback the search company has been getting through the feedback link in Google Search, on social media, and on the internet – searchers are not happy with the quality of some of the content they discover on Google. We’ve been hearing about it for years, so this is Google’s answer to improve those quality issues.

Google also provided two sets of questions you can ask yourself about your content to see if it will do well with this helpful content update.

Google said “How do you avoid taking a search engine-first approach? Answering yes to some or all of the questions is a warning sign that you should reevaluate how you’re creating content across your site:”

Google also said “How can you ensure you’re creating content that will be successful with our new update? By following our long-standing advice to create content for people, not for search engines. People-first content creators focus first on creating satisfying content, while also utilizing SEO best practices to bring searchers addition value. Answering yes to the questions below means you’re probably on the right track with a people-first approach:”

Here are some other stories written in the community on this topic:

Here are some of the reactions I found from the SEO community on this new algorithm update:

SEOs will look back at this update and it should be like a Panda, Penguin, Florida update type of update – it may change how content SEO is done going forward. More at https://t.co/eNRjkrWnW6

The “Helpful Content Update” will start rolling out next week & it will take about 2 weeks to complete. Like the Product Reviews Update, it’s focused on English content globally. The signal is a classifier that will be continuously running. pic.twitter.com/65TUQow7gF

More on the HCU: Google explained to @rustybrick that the update will only impact Search for now (and not Discover or other surfaces). It might in the future, but not for now. That’s an important point. pic.twitter.com/DaUJNgyrz2

Does this mean they didn’t focus on helpful, useful, authentic content before?

Best of luck everyone! pic.twitter.com/BKkfjpOZUS


Techmeme has a nice roundup of articles on this topic over here:

Google plans to prioritize “content made specifically by and for people” in Search in English globally, covering shopping, tech-related content, and more (@zombie_wretch / The Verge)https://t.co/GvTMLtxiYOhttps://t.co/S337JjuWO5

At a minimum Google going public with something like this should send a massive wake up signal to us as to what it thinks it can do & if they don’t get right this time they eventually will.

“This classifier process is entirely automated, using a machine-learning model. It is not a manual action nor a spam action.”

I have a feeling this new update is going to help make Google’s index even more exclusive – I think some sites might be seeing even more pages that Google won’t add to the index despite being technically indexable. https://t.co/gt5FdZhKmu

I really do feel this could wipe out affiliate marketing as we know it for the smaller guys https://t.co/qbocLZimYp

How much of the content created for clients is actually more helpful?

4000 words without any original insight that is just an amalgam of existing top-ranking content will hopefully die https://t.co/XEWB1NsCE8

Sounds like media sites are about to get smacked. https://t.co/joEUMOeFkB

Excited our “helpful content update” launches soon. Been watching team work hard on it, part of a broad continuing effort to bring more authentic info into Google Search. I’m on vacation this week but will try in few hours to answer questions I see, though our posts cover a lot. https://t.co/aj86MoXWqI

I read several things from it:

▶ This update does not only affect individual content but has an impact on content of entire websites, which suggests that E-A-T plays a major role.
▶ The recurring reference to the expertise also suggests that it will be an E-A-T focused update.

Worth noting the person who was clever enough to create a decade long annuity by outsmarting the algorithm ended up creating a warchest which allowed them to invest far more than that competitor who waited a decade on rankings could.

It will be interesting to see the ranking impacts as it rolls out in the coming weeks.

If you’ve been focusing on writing content for search engines instead of users, you might want to reconsider that strategy!

We will keep you posted on when it launches and I hope this does not devastate the SEO community like the Panda or Penguin update did – but it sounds like this one will be a big one and will cause a fundamental shift in how SEO content development is done by many SEO agencies.